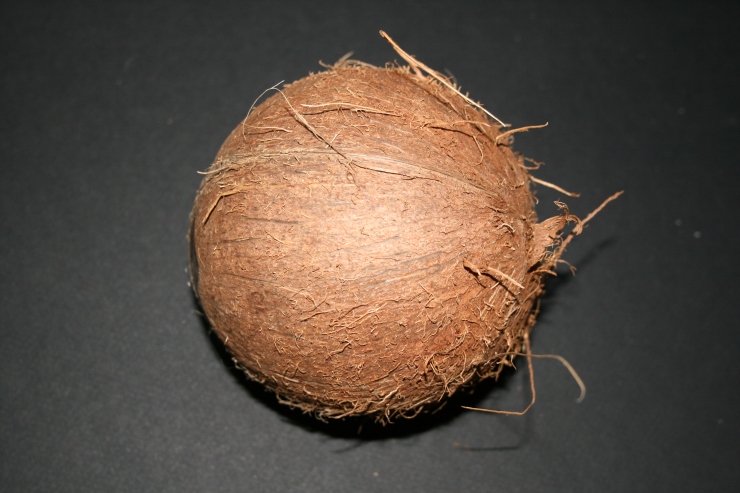 ‘There is Hope, because you don’t know what’s inside but you can hear there’s something’. It keeps you company and gives you both food and drink, which it can preserve for a long time as long as you don’t open it. It can also be a very quite pet. It met its owner on the street in Brussels in a case of mutual attraction but it’s a passing relationship, as people tend to give it away or consume it themselves. It can produce music, like the hooves clopping in ‘Monty Python and the Holy Grail’. It has died many times at the hands of the owner’s grandmother, who used to kill it by throwing it down the stairs, as she was old and not strong enough to break it any other way. Before this it was pierced in 2 places and emptied of its water, which was given to its owner as a child while this ritual took place. Later she would eat its flesh. It was originally born in Africa and later travelled here. It’s name is Athur.

Round, hard, hairy, brown, scratchy with a watery sound

View all posts by ellemonk

for all questions, suggestions or remarks: